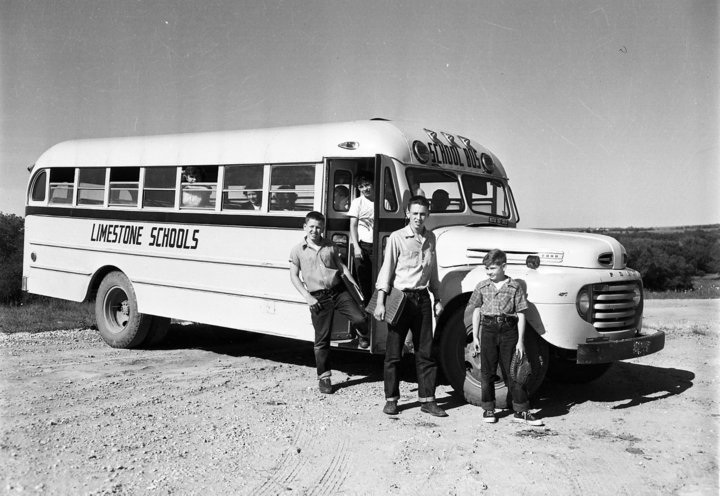 My 4th grade teacher, Mrs. Karbosky, brought a new element of deportment into my informal midwestern upbringing, an air of dignified carriage replete with reading glasses strung around the neck with a silver chain and an erect and sometimes stiff posture. It was my first brush with the imagined upper class whom I’d never met personally but had read about in books like the Great Gatsby. I didn’t know if Mrs. K had any money but was sure that the rich folk acted like her. My stern opinion of her softened one early spring day in 1969 shortly after my Grandpa Davis passed on. I had just come back to class the day after Grandpa’s funeral and she told me she was sorry about the passing of my Grandpa. She seemed a little more human to me after that, like she knew I had another life and a family outside her sterling little fiefdom of a classroom. Mrs. Karbosky was also famous for the expression she used to garner the attention of her class when they became a little too boisterous. She would say, “Class, I would like your undivided attention.” Which was certainly a new turn of phrase to me as I had never heard anyone talk that way nor had I ever attempted to divide my attention purposely, so, at a bit of a loss, she simply overwhelmed the 4th grade class by sheer force of intellectual elegance, which in hindsight was no great feat, but she scared me with her sophistication. And so as I approached her desk with my buddy Stan to ask if we could listen to the World Series between the Tigers and Cardinals in the autumn of 1968, I was frozen with fear of her belittling my desire to listen to a silly game. To my amazement she said yes and Stan Baughn and I huddled in the back of the class listening to Harry Caray and Jack Buck call the games as Gibson and Carlton dueled Lolich and McClain. During recess we took the transistor radio to the playground and turned it up and listened along with some of our buddies in between taking our turns at kickball or tetherball on the asphalt playground. On the day of game seven when Lolich would win his 3rd game against my Cards, I skipped on home after the 3:00 final bell to watch to last couple innings on our console television which rendered me inconsolable after the final out as the Tigers won the 1968 series. I wandered aimlessly out my front door crying and said the only thing that made sense to me…no, I screamed the only thing that made sense to me in my moment of despair. It was something Mrs. K would never approve of for it was filled with unbridled emotion and a certain lack of deportment. “I haaaaaate the Tigers.” I wonder if any of the neighbors heard?