Brach’s hard candy slid across the gleaming tile floors of the main hall at Limestone school like tiny hockey pucks propelled by the hand of Rusty the janitor who kept the cinnamon, butterscotch and peppermint treats in a coffee can in his supply closet. The pine scent floor polish and a strict discipline of machine buffing created a brilliant sheen enhancing the illusion that the candies in cellophane wrappers accelerated as they neared our greedy hands at the ends of the hallway north and south, where stairs descended to intersect another hallway running east and west at each end of the main hall. The stairs descended five steps to the lower level hallway, transforming kids into drooling goalies intent on saving the brittle candy from a shattering finish against the masonry wall of the lower hallway, an unforgiving backstop for the skidding candy. Diving headlong was normal practice, offering our fully extended bodies to the shiny tile floor in the name of whole candy preservation. Rusty was one part Santa flinging treats and one part angel in our pocket, always looking out for us, a caring custodial set of eyes keeping watch over the youngsters he knew by name. Rusty also knew most of the kids parents which was just another reason to walk the good walk, at least when he was in sight, although a few times he appeared out of nowhere and caught me red-handed, although grace was usually extended as far as I knew, and he never ratted me out to my folks. The world would be a better place if every kid had known a janitor like Rusty. 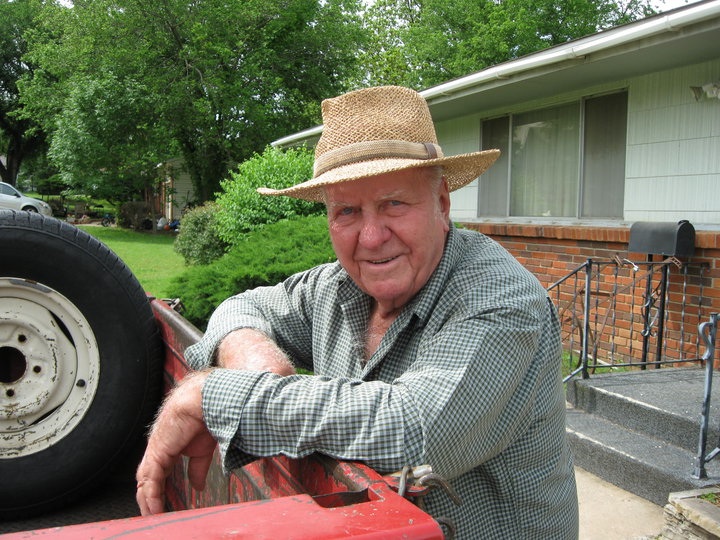 The raised cafeteria doubled as the stage at the end of the gym for assemblies and talent shows. There was a cold box in the corner at the top of the stair accessed by a sliding top door keeping the triangular milk cartons covered and chilled, though a blast of slightly sour milk greeted each nose as arms grasped down into the cold reservoir. Government-grade cheese and high calorie kid-comfort-food…corn dogs, meat loaf and pigs-in-a-blanket…slopped onto plates by vaguely familiar woman with spider-net hair who called us by name as if they were our personal institutional cafeteria aunts, filled our partitioned plates and our partitioned stomaches where the four basic food groups went to their digestive places awaiting nutritional instructions from the FDA.

My dread of drawing a crooked-tonged fork made me triple check my pull from the silverware tray. Our wariness to ridicule if observed eating with a crooked fork was mysterious, nevertheless, we resented the identification with the pontificating utensil which would result in this admonition, “Oooh, he has a Mayberry fork!” The infamous moniker was given to any battered and beaten fork with tongs that didn’t align due to said fork abusively being hammered into the table top to garner attention of unruly children. Urban legend informed our young conspiratorial ears that it was bad luck to dine with a Mayberry fork, and we had indeed seen with our keen eyes and heard with our attuned ears the crash of Mattie Mayberry’s fork on table top, reminding us of a scene from the Wizard of Oz. And so those crooked-tonged forks became anathema and we viewed them as glowing radioactive metal. 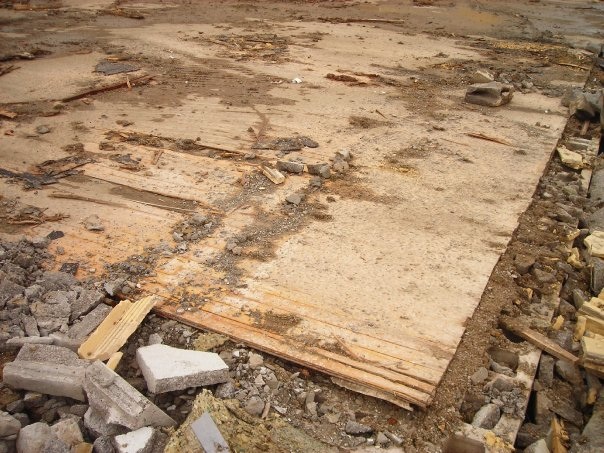 Limestone school was famous for having the only wooden floored gymnasium in Bartlesville among elementary schools. Pictured above is that floor during demolition. Once we went to play Highland Park 6th grade on their tile floored gym in an older building at a site now occupied by the Hampton Inn on highway 75. Early in the game, I launched a shot from the wing and my shot was rejected…by the ceiling. I looked over at my coach and principal, Mr. George Tyner and he shrugged and waved at me to keep playing, like that sort of thing happens often. After the game, Mr. Tyner told me that he learned how to shoot underhanded at an early age, because the ceilings were low. And I remembered that he would come into the gym after school final bell where I would often stay and shoot baskets. When he tossed one at the goal, it was always underhanded, so I knew he was not feeding me a story. I never questioned Mr. Tyner anyway. He was the first adult authority figure, outside my parents, with whom I felt total confidence and assurance that he had my best interest at heart. Mr. Tyner was part of my world for seven years and was a great model for me as my principal, coach and teacher.

One more story that originated in that gym.  On a cold winter morning in our sixth grade year, my best friend, Davey Davis, walked into the gym before class began. Since he never dressed in slacks and dress shoes as a matter of course, I said, “Hey, what’s up Romeo?” He said, “I’m going to David Leithead’s funeral.” David had fallen through pond ice and drowned. My friend was there and tried to help but they couldn’t save David. And so I’ve always refrained from asking people why they are smartly dressed, fearing the awkward moment when they reply, “I’m going to a funeral today.” Occasionally I slip and ask why an acquaintance overdressed in suit and tie, and they reply, “I’m going to a funeral today.” And I think of that small pond just east of Silver Lake Road and of David Leithead who never made it out of the fourth grade at Limestone School.