John F. Kennedy, C.S. Lewis and Grace Walker Taylor all died on November 22nd. Just hours after my grandmother Grace passed on that date in 1993, my niece, Ashley Grace Taylor was born early on a Sunday morning. Her birth helped fill our sense of loss, Grace taken and Grace given.

Grandma was ready to die. Her tithe check written that Saturday night, placed in her Bible like a bookmark. My father would place it in the contribution tray the next morning at church services. She lived alone for almost five years losing her husband and friend, Ross Taylor in March of 1989. Nine years earlier, during a procedure to clear his carotid artery, a stroke stole his ability to speak, other than grunts and gibberish, although at times he could mysteriously articulate an understandable word or phrase. He was a man who spoke only when necessary, a fact of personality exacerbated now by his loss of speech, but before that, by the woman he married, Grace Walker Taylor. Grandma Grace protected most of the broadcast frequencies in the Taylor household, commandeering conversations using her homespun wit and storytelling talent. Often referred to as Amazing Grace and Old Rugged Ross, their roles remained the same after the stroke. Grandma still told homespun stories and Grandpa sat by her side sometimes grunting to express disagreement or shaking his head to steer her closer to resolution of her story…or to the truth, I’m unclear at which aim he grunted. We grandchildren remember fondly Ross and Grace sitting in a porch swing, enjoying the cool of the evening as the Oklahoma sky refracted late day sunlight into softly muted peach and gold pastel, earth touching sky. Grandpa Taylor gently swung twiddling his thumbs, admiring the sunset, filling his role as sounding board for the days events duly recounted with wit and a wink by Grandma Grace.

When two bodies become one soul, it’s hard to imagine them in another scene. During the their last nine years of marriage, my grandparents spoke as one, not just because Grandpa had lost his capacity for speech, but because they had become one soul…one voice…swinging and speaking in perfect unison. Wendell Barry’s poem, “They Sit Together on the Porch,” paints the picture I have in my mind of my Grandparents in the evening, sitting in the swing on the back porch, gazing at the horses and cattle in the pasture. Even though it was mostly Grandma speaking, especially after the stroke, the words were of one mind.

They Sit Together on the Porch by Wendell Barry
They sit together on the porch, the dark
Almost fallen, the house behind them dark.
Their supper done with, they have washed and dried
The dishes–only two plates now, two glasses,
Two knives, two forks, two spoons–small work for two.
She sits with her hands folded in her lap,
At rest. He smokes his pipe. They do not speak,
And when they speak at last it is to say
What each one knows the other knows. They have
One mind between them, now, that finally
For all its knowing will not exactly know
Which one goes first through the dark doorway, bidding
Goodnight, and which sits on a while alone.

The question, what becomes of one married soul when the first half passes through the “dark doorway”, is intriguing to me, piqued by an increasing sense of marital solitude Karen and I now experience as our children evacuated our home. Karen told me recently she feels a sense of selfishness about me now that the kids are gone. I have no idea what she’s talking about. My response was that as a father of three, I’ve been number four on her list for the past twenty years. Nevertheless, over dinner last night, Karen wondered aloud about my plans to remarry in the event of her demise. I had no answer…I know the bed would never get made again in my lifetime…unless I married again. Flipping the question around, she couldn’t imagine playing the dating game and marrying again. Like the brilliant Sicilian in The Princess Bride, it was simply inconceivable to her. And so I think about my Grandma going on with life for another fifty-six months, swinging alone, talking to the cattle, her unspoken words and those she dared to speak aloud, carried along in the Oklahoma wind to the spirit of her other half.

Grandma often told stories in ways that made you flinch or at least turn, look at your brothers and whisper, “Did she really say that?” Grandma often delighted in the use of a technique Anton Chekhov employed. She would say, “Ross and I often slept together before we married.” This in an age that disavowed premarital euphemisms. Slept together and questionable timing sounded odd, wrong. Then she would explain, “We grew up in the same community and the families would put Ross and me into the crib, to sleep as it were, without the scandalous innuendo. Grandma was making it strange.

David Plante, Professor of Writing at Columbia University describes what my Grandma often did in her stories. In his introduction “Ward No. 6 and Other Stories,” by Anton Chekhov, he describes a Russian word: ostranenie. “This means: making it strange…as described by Thomas Winner in his book, Chekhov and His Prose. Winner describes this effect as a peculiar semantic shift which transfers a depicted object to a different plane of reality. The habitual is made strange by a distortion causing the perceiver to see the object in a fresh light, as though for the first time.” For example, an image from the story “A Marriageable Girl” (1903) is as evocative as it is simple: “On the table, next to a cold samovar, lay a broken plate and a sheet of dark paper.” 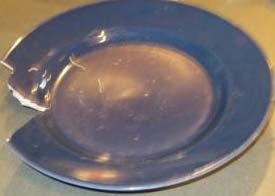 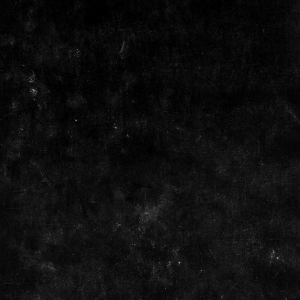 Definition: ostranenie – encouraging people to see common things as strange…defamiliarizing what is known in order to know it differently or more deeply.

Grandma Grace had a way of making the simple strange in her stories. My sense of the simple yet strange is my Grandma Grace sitting alone in the swing. It was like watching massive waves breaking soundless on the beach, odd, absurd, at times sad, incomplete. I recently saw this quote attributed to Aristotle, “Love is composed of one soul inhabiting two bodies.” The Christian and Jewish Bible says that a man leaves his parents, is united with his wife and they become one flesh. Certainly the physical connotation applies here, but does scripture also agree with Aristotle? Not so much in the literal sense that they have one soul, but in the practical sense that they begin to think the same thoughts and value the same virtues and share the same fabric of their unique family mythology. Are we to swing in the same swing in other words?

I’m sure Grandpa’s stroke brought to eminence the thought sometimes unspoken, but often considered, “Which one goes first through the dark doorway, bidding goodnight, and which sits on a while alone?” Strangely, Karen and I mention this from time to time. It’s an imaginative game we play. Grandma sat on alone in the swing another fifty-six months and since she lived next door, we often picked her up on the way to church. Surely, Grandma Grace thought of her husband as the Church sang his favorite song, Walking Alone at Eve. (Here is verse two)

Sitting alone at eve and dreaming the hours away,
Watching the shadows falling now at the close of day;
God in His mercy comes with His Word He is drawing near,
Spreading His love and truth around me and everywhere.

On the way back home, in the car, with her seat belt held against her side but not fastened, because…well, I don’t really know why she did that…she would say in her unique way of deflecting any sense of satisfying the Bohemian lusts of the flesh, “I believe the children would enjoy a Braum’s ice cream cone.” And my three-year old daughter Lauren, would yell, “Yeaahh! I want a ‘coop ‘n a cup ‘n a poon!” Lauren struggled some with S. Grandma would then say quietly, “I believe a small vanilla shake would be good for me.” And the real motive would emerge craftily disguised by concern about depriving the small children of ice cream. Her depression era sensibility forbade permission to ask directly for anything that could be construed as indulgent, although she did enjoy her ice cream.

I know not who goes through the dark doorway first. Karen and I are still enjoying the swing…and the sunsets…and the grandchi…woops, not yet. Lauren reminds me sometimes when she does something stupid that the nut…her…fell not far from the oak tree. Like her, my acorn did not stray from beneath the canopied shade of my storytelling Grandma Grace. I enjoy telling and listening to stories, porch swings and ice cream. Wouldn’t it be fun to sit beside Grandpa Ross on the porch swing listening to Grace Walker Taylor spin one more yarn. We’d listen, admire the sky, watch the cows lazily chew grass and we wouldn’t have to say a word.