For a brief moment we touched 180 kph on the autobahn, but now we drove on cobblestone streets lined by structures dating back to 1170. Rothenburg ob der Tauber ( red fortress over the Tauber river), is our home for two days.

Amongst the ruin of a city called the “most German of German” cities by Hitler, in the pastel walls once bombed by allied bombers then called off in the name of historical preservation,

in the ashes of religious war and the dust of the Black Plague, we discovered beauty set in simple relief against the brokenness of human folly. We will walk these cobblestones, but we must find our home first in an Audi car.

We turned into a lane we thought to be our apartment address but it turned out to be the proprietors other property. I was told later by my back seat family that there was a warning sign as we turned into the lane…2 meter width… enough to drive my Audi through at the lanes end with folded in mirrors…maybe? The lane began 5 meters wide and we drove two blocks as the cobbled street constricted our Audi and my heart with each cobbled rumble like a python enjoying a light lunch.

Early on my first day driving the Audi I covered 175 kilometers without the knowledge of how to shift to reverse, as it’s six-speed stick requires pushing the shifter down before the far left and up position is found. Luckily, I pulled into a McDonald’s and figured it out, practicing before getting myself into a predicament, like having to back out of an 800 year old cobblestone snake alley. With the annoyance of modern collision sensors continually warning of ancient obstacles, the medieval alley serpent spit me out onto a broader lane. 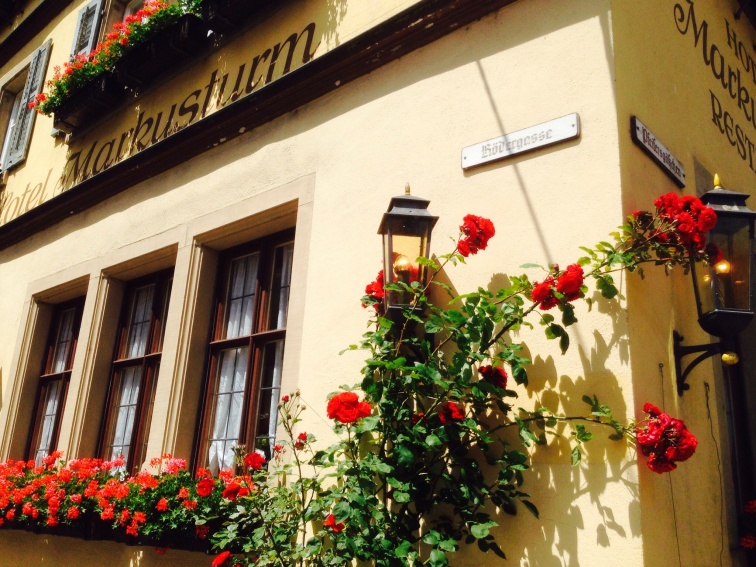 We found our apartment in the middle of this old city, with three bedrooms, kitchen and a veranda.

We walked through the original 1170 ramparts and gate, over the intact wet moat, to the Deutsch equivalent of a Kroger market where we purchased supplies.


Jenna and Brandon were our chefs and we dined on the veranda, grilled Paprika (red yellow green bell peppers), small white potatoes with onions and mushrooms broiled in olive oil and seasonings, Frisch bread, butter, goat cheese, gassed mineral water, weistwurst (a mild white sausage) and schinkenwurst.
Knowing the narrative, the story behind things, people, places, ideas, make beauty real, visceral, felt in our bones not just seen with eyes, a mingling of joy and touch, melancholy and emotion, empathy and connection. It’s why we love our families so, we know the back stories, and we find our own deeper beauty, even extraordinary beauty in common places.

George Eliot in her book Middlemarch describes simple unadorned beauty in Miss Brooke against those who put on beauty as if it is a costume to wear hiding the interior reality. 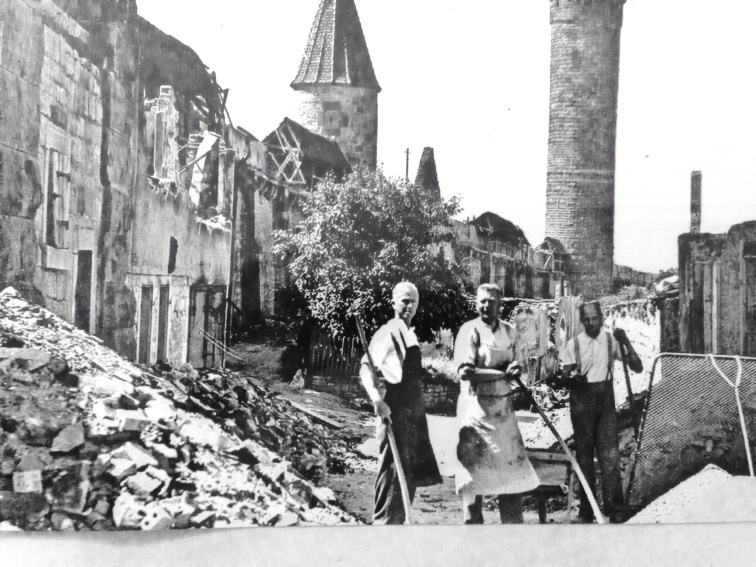 “Miss Brooke had the kind of beauty which seems to be thrown into relief by poor dress. Her hand and wrist were so finely formed that she could wear sleeves not less bare of style than those in which the Blessed Virgin appeared to Italian painters; and her profile as well as her stature and bearing seemed to gain the more dignity from her plain garments, which by the side of provincial fashion gave her the impressiveness of a fine quotation from the Bible…”


That’s how I feel walking the cobblestones of Rothenberg watching young artists gaze at tower clocks, giant pencil sketch pad in their laps drawing shape, shadow, contour, dimension, perspective, beauty, in a place dripping with form, in a world that left it behind four hundred years ago in favor of progress and function and enlightenment.

This twilight zone moment that encapsulated the town in a time warp aided by the conversion of the entire town from Catholicism to Protestant Lutheranism…bringing the military might of Rome down on them and the Thirty Years War, as well as the Plague, both events leaving this town stunted economically, socially, politically, stripped of every adornment of progress and left with only the unadorned beauty of what once was, when this city on a hill was an independent city/state and one of the finest cities in Europe.

The longing we have for the old ways, the simple, everlasting time-tested beauty of place is all that’s left here now. And folks come from all over God’s earth to see it after all these years, still here, set in stark relief to autobahn speed, modernism and slick temporal skin-deep beauty, an ancient German city set in relief by poor dress, like a fine quotation from the bible.