Here is how bad it is in the oil patch. Today I began pumping gas noting the price $1.49 at my local Phillips 66. After two gallons, I realized I wanted a car wash, so I stopped the pump and let it reset and started a new transaction. Ten seconds later, I swiped the credit card, and selected the same grade of gas, which was now $1.39.

That is down a penny a second. Probably too small a sample size to infer any reasonable conclusions?

But I began to consider the historical cost of gasoline. Has it ever been lower on an inflation adjusted basis?

Using December 2014 dollars as a baseline, it turns out that 1918 was the year of most expensive gasoline at $.25 nominal and $3.87 inflation adjusted. 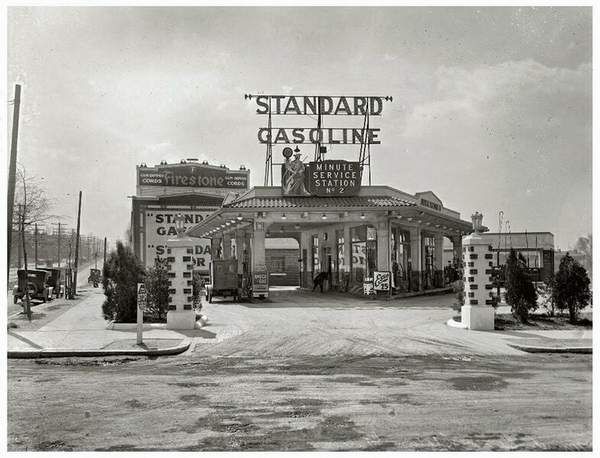 Although it was incredibly difficult to get gas during World War II and during the oil embargo in the Seventies, those were not the most expensive periods of gasoline prices.

The cheapest year for gasoline was 1998 at $1.02 nominal price and $1.46 inflation adjusted…until today.

Today, as I held the pump in my hand, I felt the pulse of that ten cents taking me down into gasoline pricing territory not seen in nearly 100 years.

If you want to see the nominal and inflation adjusted price of gasoline for every year since 1918, here is a link.