My wife Karen was born in Trenton, New Jersey and spent most of her childhood in the small town of Tabernacle on the edge of the pine barrens about halfway between Philadelphia and Atlantic City. I first visited her home during our courtship and I remember the drive from the Philly airport with Karen and her sister Dawn crossing the Ben Franklin Bridge, escorting me through my first impression of the Garden State which was Camden on route 70 and the neon bars and XXX dives that did not seem to reflect the state motto. We arrived at their home in the Mason family extra car, an early 1970’s faded green Chevy Nova that seemed to always be headed into the ditch due to an alignment issue and a front passenger door that was permanently stuck shut. That was the moment I met Ann, my future Mother-in-Law, exiting that car, there she was. I leaned in for a handshake, maybe a hug, didn’t know. Surprisingly, Ann kissed me on the lips because that’s how they roll in that neck of the woods. I had no warning, and coming from a staid Midwestern culture of smug restraint, my pupils dilated and I shrunk into a speechless stupor, which I slip into easily anyway…so…just sayin.

It was my first family clue…the first sign of what lay ahead and how the culture of my upbringing would collide with Karen’s culture of origination. Karen’s family is a party waiting to happen. My roots are firmly planted in the Midwestern loam of virtue, grounded in religious rationalism and the social gospel that harkens back to the 19th century. It’s sensibility is rooted in the Dust Bowl of the 1930’s Oklahoma panhandle and the hills and hollers of Northeastern Oklahoma. It’s mantra is a tight-lipped aversion to enjoyment, a cautious rationale, error skewed closer to sin aversion than unabashed fulfillment of the senses which isn’t to be confused with true inner joy (which has an unassuming quiesence…right?).

Lest you mistake my caution for shame, let me disabuse you of that notion. My prudish pragmatism is a mark of gentle pride, and in fact I embrace my social dysfunction. On the other hand, I have learned to greet and kiss other women with platonic boredom and disinterest. I also have adapted to the notion of life as a dance, understanding that all social functions in Tabernacle… dances, weddings, graduation parties, bat and bar mitzvahs…happened at the fire hall. Our wedding reception was at the Emergency Response Center, (Ambulance Building across the street from the fire hall) because Karen wanted something different, since every social function from 1st grade up was at the fire hall where her Dad spent time as voluntary captain. Karen once set the neighborhood on fire prompting a full fire hall response. Her Dad was never the wiser, but I do digress. The point is, the fire hall was the center of community for Tabernacle and the biggest social activity was dance. Karen grew up attending community dances, birthday dances, fund-raising dances, anniversary dances, Fourth of July dances, Beef & Beer Dances, Ground Hog Day dances and Bee Gees dances. Any excuse to dance. It was Bob Seger and “Give me that old-time rock-n-roll, that kind of music just soothes my soul…” and “C’mon let’s do the Twist like we did last summer” and the Mashed Potato, Wooly Bully, and the Locomotion. So Karen carries herself with a rich grace and fluid motion, all because of her roots in dancing at the fire hall.

Here are my memories of dancing. I was once a genie in a song and dance revue during the spring of 1978 at Harding University. I was awful. I’ve only recently begun to trip the light fantastic. I recently spent a weekend at my alma mater fondly reminiscing about my dance step ineptitude while attending Spring Sing. Harding is a bastion of lots of things but dancing doesn’t immediately come to mind. In fact, during my dancing days at Harding in 1978, the inoffensive term used to express the notion of Spring Sing was choreography, a decided repudiation of activities like Prom or movies such as Footloose. And so I watch Spring Sing and genuinely enjoy the talent and music and choreography. But there is a large unwashed swath of alumni who dance like me and Elaine on Seinfeld.

We dance the mosquito dance which looks just like it sounds, a slappy, happy, arrhythmic collection of cattle prod moves to no recognizable beat replete with confused facial tics akin to one who has dozens of biting-mosquitoes on their thighs, arms and in their underwear.

Karen and I were enjoying coffee at Midnight Oil Coffee Shop near the Harding University Campus Saturday morning of Spring Sing Weekend and we had the pleasure of seeing a good friend who also is a Harding Alumnus, David Hall. 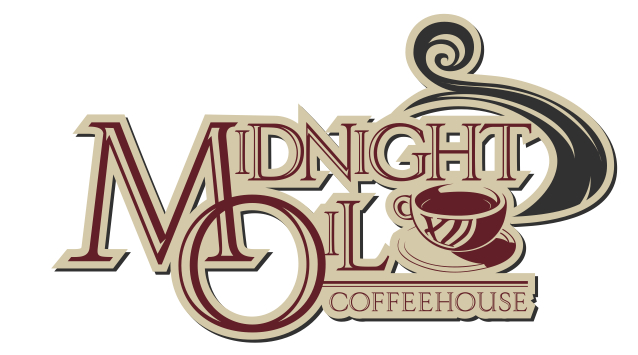 We were also sitting with another alumnus, David Fowler. And so we spoke about our dysfunction….our aversion to the spirit of dance. In the noisy din of coffee-house conversation, David Hall told us that he was one of those mosquito dancers. What Dave Fowler and I heard, however, was, “I am a Speedo Dancer.” And so we sipped our coffee and reflected on how people change when they leave conservative institutions of learning and tradition. The world is a crazy place. And David Hall is a Pastor in his home church who enjoys dancing in a Speedo. Will the sheep follow a Speedo Dancer? We had a good laugh when we realized what shepherd Hall had said. He is a mosquito dancer…just like me. God bless the mosquito dancers of the world like David Hall and me. All we want is a little rhythm, a little fluid motion and maybe some sense of community acceptance like my wife had growing up. Maybe they should start an alumni challenge for Spring Sing to let the mosquito dancers morph into butterflies. Meanwhile, maybe there’s a fire hall out there that has really low standards. One can only hope. 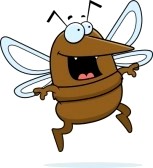 One thought on “Mosquito Dancing in the Fire Hall”