When you are young and the world is your oyster, older folks are wont to lend much wisdom thus rendering the use of knives to open the sublime stubborn shell, rather useless. As if allowing youngsters to pry open oysters in search of a beautiful pearl is beyond their ability and to wield sharp objects to crack open a shell might be better left in the hands of experienced oyster crackers. After all, as a good friend of mine often says, “It’s all fun and games ’til someone puts an eye out.”

My son, Brandon, will be living and studying for six months at the University of Hamburg, Germany in the Meteorological Exchange Program of Oklahoma University. His coursework will be presented in the native German language, so he’ll spend the first months studying the German language, how to hear and comprehend as well as speak Deutsch, and then begin classes in April. And so as we dined in my parents sunroom at the tabelle in die son (table in the sun) with several experienced travel guides who had been to Hamburg, I listened with interest to the advice offered to my son. 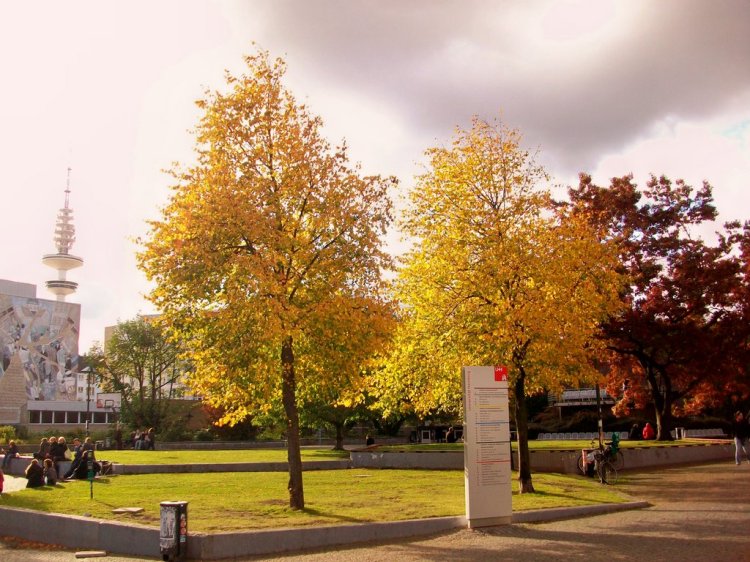 Someone asked if I knew what was in the middle of Hamburg? I thought maybe it was a pickle, but was corrected. Apparently there is a lake called Aussenalster, which means “Pass me a pretzel” in Deutsch. 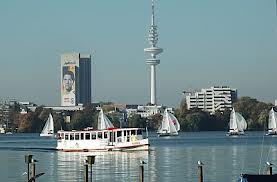 And so with fascination we listened to the collected wisdom of the table giving advice about what to do and what to eat. Beer is almost akin to water and the children drink it because it’s alcohol content is less than 2 point. I didn’t know that, but I did look up annual beer consumption per capita by country and the Republic of Czechoslovakia has everyone beat and it isn’t close. They consume 137 liters annually per capita, Germany 107, USA 79. Although the USA has everyone beat at the cost of television beer ads which equals roughly the Gross National Product of Austria, $310 billion dollars. Oddly enough, Americans eat 12 billion cattle cars more of hamburgers than the Germans who founded the city named after Ray Kroc’s favorite sandwich and who also made an urban-locked lake to slake their thirst from eating too many pretzels which are abundantly subsidized and distributed by the machinery of industrial beer makers to make Germans thirst for more beer, as if they need help. Germans are hard to figure out, I mean Beethoven couldn’t even hear my son’s subwoofers playing Metallica if he put his ear next to the woof, and he still came up with that Fifth Dimension song, “I Didn’t Get to Sleep at All Last Night.”

And so my advice to my son is to carefully weigh advice given by anyone who claims to have been in Hitler’s bunker when he ended it all by drinking a finger of dark Munich malt lager and finished it with a Luger to the temple. For instance, one lady at our table who actually took Deutsch lessons and traveled extensively in Germany, said she always listed on job applications, “Fast” under Race, and “Good” under Sex. Now why hadn’t I thought of that before. And another time under race, frustrated with the need to reveal such personal information, she listed her entire family tree of ethnicity, “French Huguenot Germanic Hungarian Austrian Danish English American Indian and Just American.” Again, why didn’t I think of that and…aren’t we all?

We also learned that Danish women are tall, blond and beautiful, warranting a side trip to that country since the men there are all short, balding and fat. Those odds look good to any man with any prospects or physical attractiveness or hair (which my son has), so he has that to consider, although he has an American girl friend already, so that could get dicey. 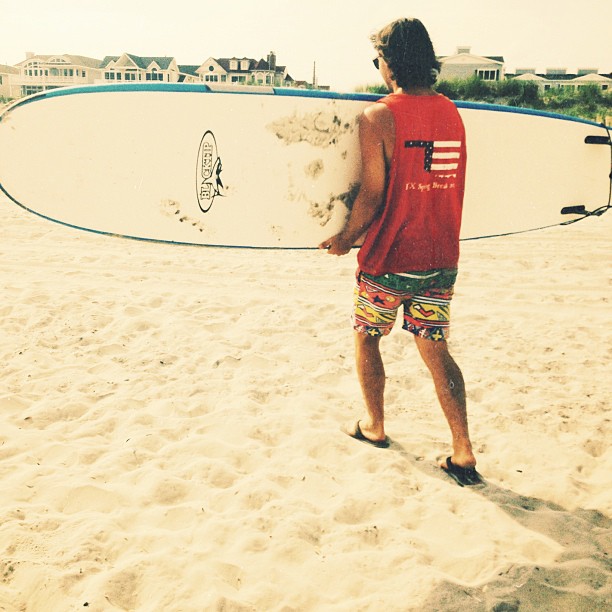 The conversation continued and meandered into the realm of milking cows and it was determined that all at the table had indeed milked a cow, except Brandon. And so, one particular anonymous gentleman regaled us with his legend, that of holding firm to the cows, well, teats, and that was what made him such a good wrestler in his Montana high school, the tenacious experience of locking onto the teats and not letting go, which I found to be udderly fascinating.

And so go to Germany, my son, with our prayer and blessing, bring back a Stein and a silver bratwurst, maybe a pair of those alpine baby boy suspenders with shorts, swim in the middle of the Aussenalster with a pretzel in your mouth, learn to speak the Deutsch and learn some Thermodynamics from those high falutin techno-smart geeky-efficient Germans. Eisenhower sure loved them. Ike returned from Europe after World War II with Autobahn envy and he spent ten trillion dollars building Interstate 40 and it’s still under construction. Anyway, I abschweifen die thema. Back to the point.

Have fun and remember, they still think they won the war, so be sanft wie ein Lamm, gentle as a lamb, with their Deutsche psyche and don’t bring any Danish girls home…although a good danish and a bag of pretzels sure would be good. Remember to keep a journal and someday, you can sit in die son at some tabelle and pass out your own sharp oyster-opening knives.